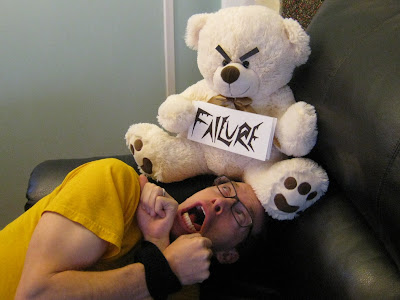 Short Essay Response to Michael Goodwin’s “The Loss of the Freedom to Fail”
Goodwin claims that our society has sacrificed the freedom to fail in its efforts to preserve people’s self-confidence. The danger, he argues, is that success cannot exist without failure. Since we no longer have the opportunity to fail, any “success” is a meaningless shell of true success. This pseudo-success gives false confidence to people who then run into brick walls in the unforgiving real world. Although Goodwin’s assessment of the situation seems logical, the real question is, “How can we restore the freedom to fail in our society?”
As a graduate assistant at Ohio University, I am responsible for teaching mathematics, a subject where fear of failure is particularly crippling. Students tend to volunteer an answer only if they are quite sure it is correct; doing otherwise might result in humiliation. Unfortunately, hearing a student self-assuredly recite the expected answer does little to promote learning. On the other hand, the entire class benefits when a student suggests an unconventional problem-solving approach; even if it ends up being a dead end, the process of exploring the new route often clears up fundamental misconceptions.
An astute reader will notice that I am pointing out a situation where students are free to fail, but are unwilling to do so. How, then, does this connect with Goodwin’s essay? Goodwin implies that we should merely raise the bar for success so that more people fail. Yet, as Goodwin acknowledges in his discussion of social promotion and entitlement, this solution has already been deemed socially unacceptable. What we need is a paradigm shift. We need to view failure in a more formative light so that, for example, students are willing to fail and teachers are unafraid to allow their students to fail. What would this look like? Last year, I began implementing “failure points” in my college pre-calculus class.* At the outset of the course, I informed the students that 5% of their grade would be based on their willingness to fail. To enforce this principle, I regularly encouraged students to volunteer unconventional and alternate ideas for solving problems. Before long, otherwise reticent students began asking “what if…” questions that opened up new pathways and challenged me to reexamine some of my own assumptions. Allowing such questions opened up the door for me to fail also, as I certainly didn’t have all the answers immediately. Suddenly, participation skyrocketed as less confident students realized that their contributions were valuable in exploring uncharted territory. I also made it a point to work through student suggestions, even when I knew they were incorrect, because it allowed students to see why they were incorrect.
Goodwin was right to uphold the value of failure. However, merely raising our standards to guarantee failure would be unproductive. To restore and capitalize upon our freedom to fail, we must seek creative ways to promote a constant willingness to fail and then channel that failure for growth. 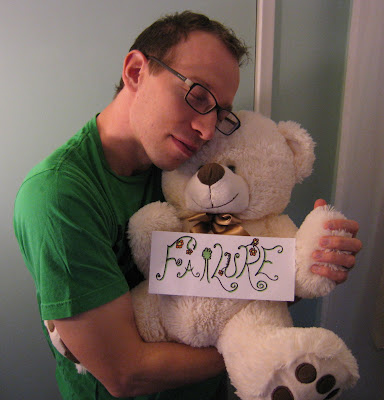 *I got the idea for rewarding failure from my academic advisor Bob Klein, who had read an article on the subject by Ed Burger, a mathematics professor at Baylor University (you can read more about Burger's approach here).
Posted by aslanseyes at 9:09 AM

aslanseyes
About 15 years ago, I decided to take full advantage of the brevity of life and engage in as many life experiences as possible. After 48 countries, a few jobs, six near-death experiences, and a wife... I found myself back in my home state of Ohio, preparing to synchronize all my life lessons into a more focused career path. I started with a master's in mathematics, and then earned a PhD in mathematics education. Joo explored some culinary interests, and then switched to accounting. And then came Ellie... and Katie! And eventually a new job in Virginia!